How on earth did it get to September? After the all time highest viewing figures from my Blackest Day post on the results day from the EU referendum I haven’t felt inclined to post anything largely through apathy and being busy elsewhere. Lots of stuff has been happening and I guess I should at least catalogue the highlights before committing to writing some new stuff in the next few weeks.

June was HUBBUK at the great new venue at Baskerville Hall in Hay-on-Wye. It was

simply marvellous to be back on 2 wheels for a scenic non-satnav 3 hour ride across into Wales. Met some good friends (old and new) and listened to the many tales of travels being shared, it was great to share this with my son Michael and I think there is evidence over at www.mcfcmac.co.uk that he was suitably inspired to get travelling. Maybe a longboarding around the world trip to present next year?

We also squeezed in a family photo shoot with John Jenkins Photography in Lutterworth which was great fun and gave us some treasured images for the wall, profile photos and the lead image on this post. It was nice to capture us all together since it seems the 4 of us are destined to spend increasing amounts of time apart in the years ahead, a good moment in time to reflect on what fantastic young people our children have become.

There was then just about time for a Sunday Dinner Club up in South Milford before the summer holidays kicked into gear.

July was an unusual one for us and did not involve a trip to France or a stay at Le Touroulet for the first time in 5 years or so, a situation we will fix very soon Ruth and Peter, so don’t think you have avoided us for anything more than a few months. Jackki will be back for Karaoke next summer I promise! Instead of running for the tunnel as soon as the end of term bell rang this year we hung around at home for a few weeks since we had been lucky enough to secure tickets for Carfest North at the end of July. This was a great chilled out weekend away in the motorhome with plenty to fill the 3 days including cars and music with the loads of highlights including a ride in a Ferrari California, the ever brilliant Paul Heaton and Jacquie Abbot, The Corrs (I fell in love), Travis and Bryan Adams. Particularly enjoyed the Radio links style presentation linking each musical act together in style so there was never a gap between songs, thanks Chris Evans and team. 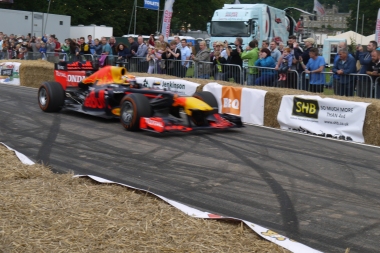 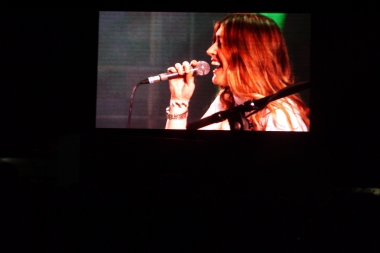 The main event of the summer was Jackki and I leaving all our cares behind and heading over to Cambodia for 2 weeks of travelling bliss. The flights for this were our xmas present from our wonderful kids along with the tag line “better than paying rent, eh Dad!” and without their generous gift and inspiration it would not have happened. Thankyou both. We happily did a backpacker style holiday but with 4* luxury making the most of the great value for money on offer during Cambodia’s low season.

I think I will write a separate post and share some Cambodia photos in a day or two instead of summarising such a great experience into a paragraph. Watch this space 🙂

Lots of upcoming things to blog about as well including Cosby Victory Show, Melton Rare Breeds Sheep Show & Sale, Lazarus Musical and a resurgent effort in sheepdog training all to come.