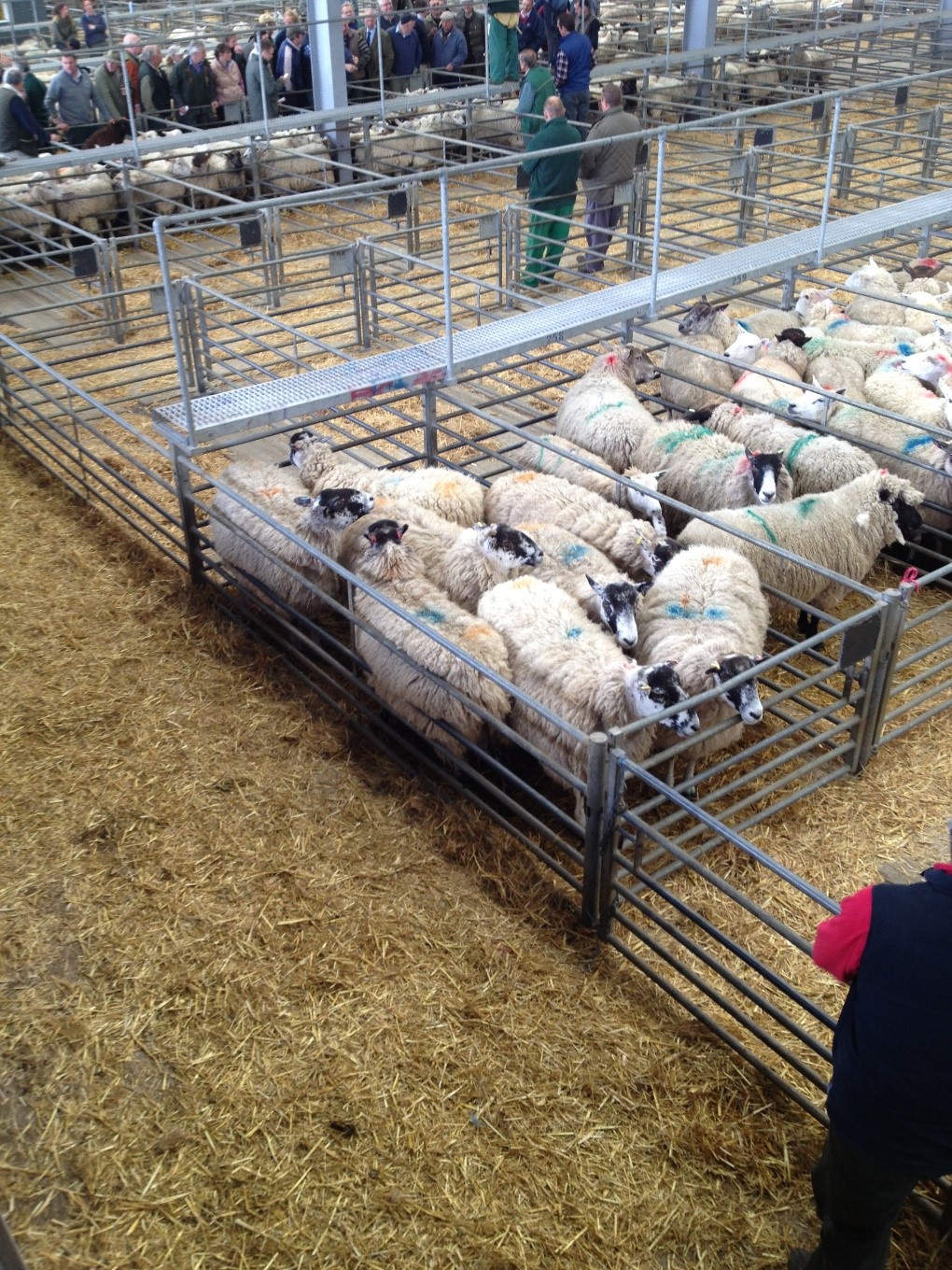 Finding a Field and Buying Some Sheep

So we pick up the tale in April 2013 and my search for a sensibly sized and located patch of grass on which to house some sheep. I had seen a couple of adverts for grazing land around the Broughton Astley area but none were quite right, friends with horses had been asking around on my behalf but without any joy. I decided to approach Geoff at the Go-Kart track on the edge of the village since I was aware that we was well connected with a number of local farmers and may have ideas. To my great surprise he immediately suggested that the land behind his own house and alongside the kart track might be suitable, he was spending too many hours cutting the grass and some sheep may actually be a big help! (if you fancy some outdoor karting fun check out http://www.suttoncircuit.co.uk)

So with an informal deal agreed for 1.5 ish acres of grazing it was game on! Research into electric fences and registering for a holding number and other details via the DEFRA website commenced in earnest. A few sunny days of graft from Michael and I hammering in fence posts and erecting an electric boundary around the field and we were ready to go. I also purchased a lot of sheep hurdles with a view to setting up dog training areas such that all that was missing were the sheep.

On 30th April I headed across to Melton Market just for a closer look and to start making final decisions on what to buy, older Cull Ewes (usually older girls past the end of their useful commercial breeding life and heading for slaughter) or flighty young Stores (lambs not yet ready for slaughter and being sold for people to feed and grow) had both been suggested. After an aimless wander around before the sales started I made contact with Marcus, half of a young farming couple who had provided Abi with some lambing experience last year. He kindly took a wander through the aisles of Cull Ewes with me, only one lot took his eye as being a worthwhile lot for what I needed, a pen of 8 Mule Theaves (a young female sheep, usually before her first lamb) that must have failed to lamb this season and were considered barren and unproductive. Marcus felt that if I could purchase these at £80 a head or less they would be an excellent buy.

The buzz of bidding against the meat purchasers was simply brilliant, my heart was racing and I bloody loved it. Got them for £78 a head, I had bought some bloody sheep.

So my new charges are shown on the left in the end pen and all I had to do now was get them home…..but I hadn’t even brought a trailer! Frantic phone calls secured the loan of a horse box which required a drive back home, some waiting around to get a key to where it was stored and then eventually a return trip to Melton Mowbray. I arrived back long after everyone else had left but the patient and friendly staff were waiting for me, took the money, handed over the movement forms and helped me load up my new flock.

On arrival at the kart track with use of a 4×4 confirmed to handle the last part of the journey into the field I decided it might be a good idea to phone Jackki and admit to my little bit of shopping! Fortunately she didn’t file for divorce and brought Michael down to see what the crazy fool husband had done now J

So we unloaded the girls into the field and hoped that they knew what an electric fence was and would therefore still be there when we returned the next day. Fortunately they did and Michael and I returned the next day with an ambition of recording the ear tag numbers of our flock to keep our holding register fully compliant with the rules and regulations, much hilarity ensued as the two of us tried to get close to the sheep. It was like a twisted Benny Hill episode with the two of us running around the field chasing sheep and making no progress at all.

So we quickly discovered the value of a sheep dog. With Stardust on the scene, and even Ziggy on a lead for a while as we worried about escapes and welfare, she quickly cornered the sheep who were now totally unfazed by people being close as long as the dog stayed away. The picture to the right is the proud young Stardust after completing her first true sheep dog task.

A field of 8 barren Ewes and we were ready to start some more regular training activity, I’ll bore you with that in the next post.

One thought on “Finding a Field and Buying Some Sheep”