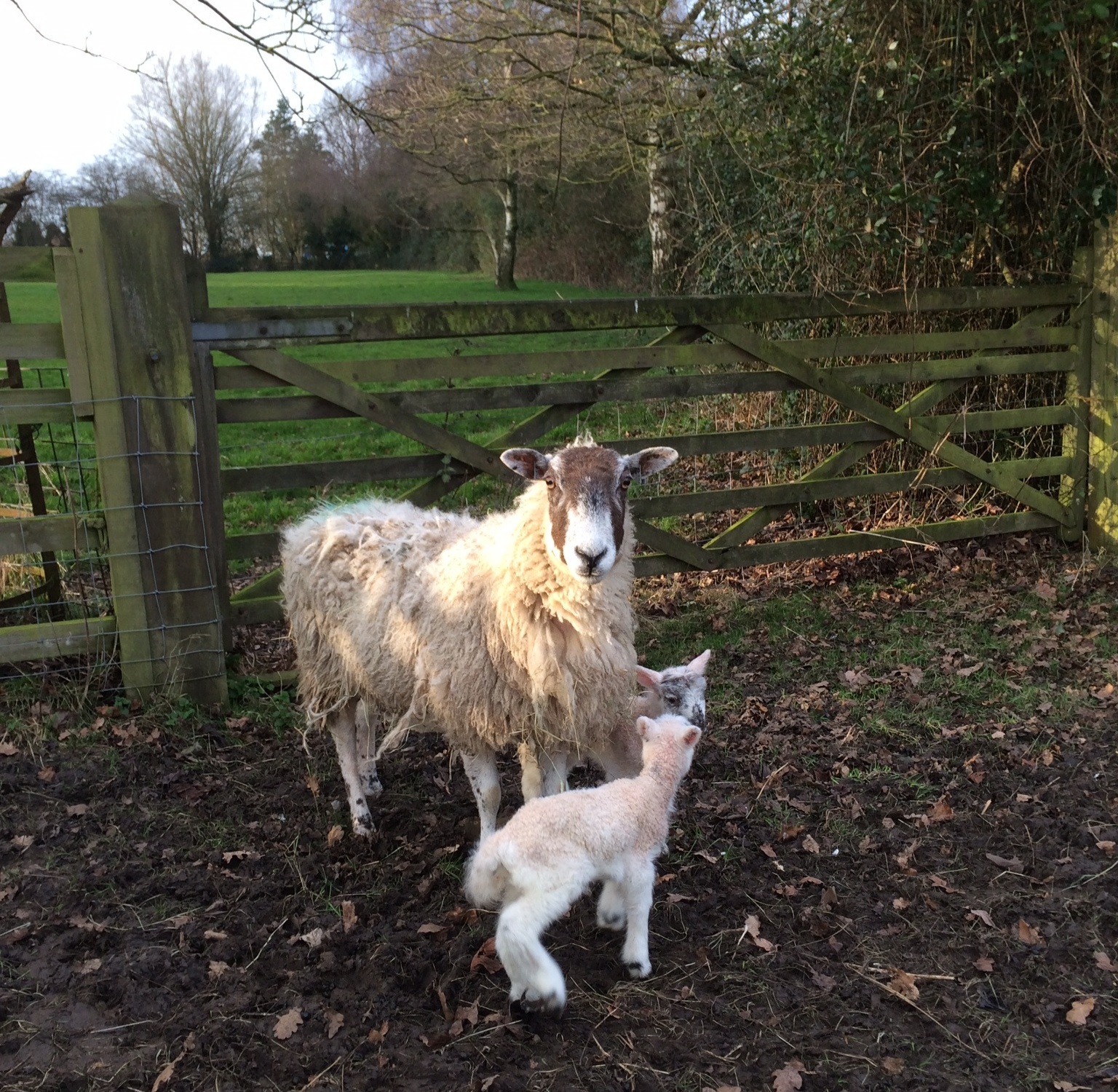 Almost a year later from the first purchase of sheep and a rare moment appears to add a new blog entry. This site needs to be rebuilt after Microsoft kindly upgraded things and make all sorts of content obsolete. I hope to do this rebuild soon and be able to add in the functionality for my small band of followers to add comments.

I still need to fill the gaps in the sheepdog training story but as the 2014 lambing season comes to an end for us I wanted to get a few things down in writing, some good and dome not so good. Lambing this year has been quite a journey so I’ll try to do it justice.

After deciding to put my 6 remaining “barren” ewes in with a Ram during November 2013 and see what happened when lambs were due in April things went a little quiet over the winter. The sheep were comfortably housed at Grange Croft courtesy of the Oswalds with space to shelter from winter weather extremes and all seemed good. It looked as though only 3 of the 6 had seen any Tup action so in a rash moment we decided to acquire some definitely pregnant extra ewes at the February sales at Melton.

Buyer beware are wise words so we purchased a bargain 4 pregnant mules way below the bidding price on all the other lots. Yep, we acquired the most aged, haggard old toothless sheep known to man. Definitely pregnant and close to morbidly out of condition but not due to give birth until late March so we had time to feed them up, or so we thought! 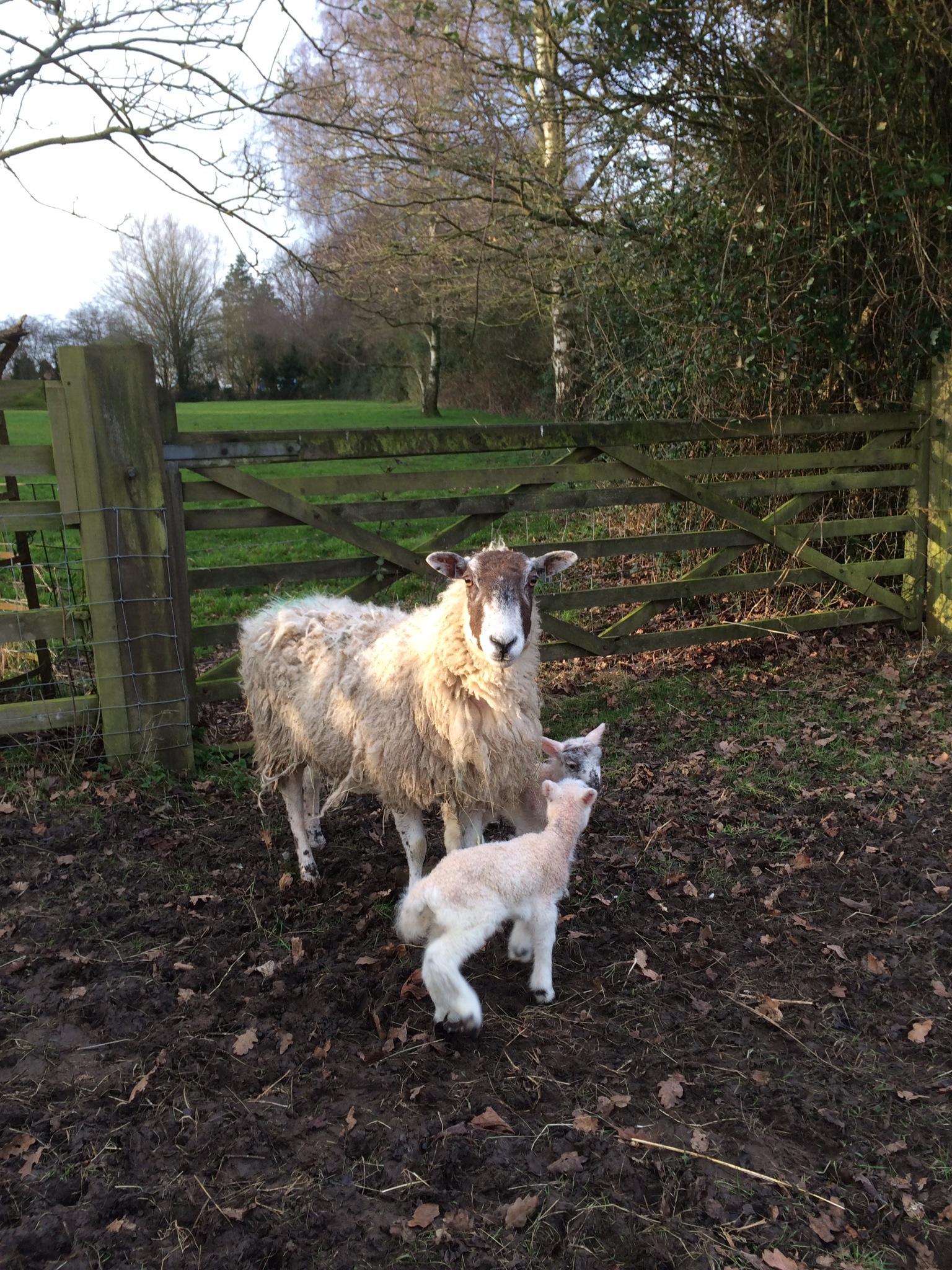 A week later and twins were delivered late one evening, trouble free but definitely much earlier than planned. At this stage we didn’t fully appreciate how out of condition these old sheep were and what challenges lay ahead.

Still before the end of February another ewe started in labour and the whole thing starts again. Unfortunately this one didn’t just get on with it, after 3 days of trying and straining and frantic googling of how to help her we started to suspect a condition known as ring-womb which prevents the cervix from opening so labour doesn’t progress. Despite or because of, our amateur efforts things took a turn for the worse and the poor old girl expired. Dead sheep and dead lambs, way too traumatic and just downright horrible plus feeling like an inadequate idiot who should know better. It was pointed out to us in no uncertain terms by another shepherd just how out of condition the new ewes were and a course of frantic measured feeding commenced.

So after days of googling about the details of ovine labour I now had to google “what to do with a dead sheep”. The answer confirmed that Atherstone Hunt kennels was suitably registered to ensure sick animals don’t enter the human food chain and a sad final journey was made. Felt pretty bloody low at this point.

A few days later and our mother ewe looked a bit ropey and stopped eating, mastitis seemed likely and since she was started from a malnourished position she went down hill quickly. Learning lessons from ignoring labour problems this time I called the vet. So I find myself on a street corner in Shoreditch giving directions to a vet on the phone back in Leicestershire to get some help along the way. Injections and lambs needing bottle feeding was definitely not in the plan! A couple of days later and another vet visit included instructions in how to give sub-cutaneous, intra muscular and intra mammary injections for this amateur shepherd. Scary shit indeed that included daily expressing of puss and blood from the infected teat but after a week or so of regular injections, feeding and watering she wobbled back out into the field and the lambs seemed to be feeding so all was improving again.

A quiet week or so followed and since we were now into mid March it was getting close to the point where we expected to be lambing to be happening. 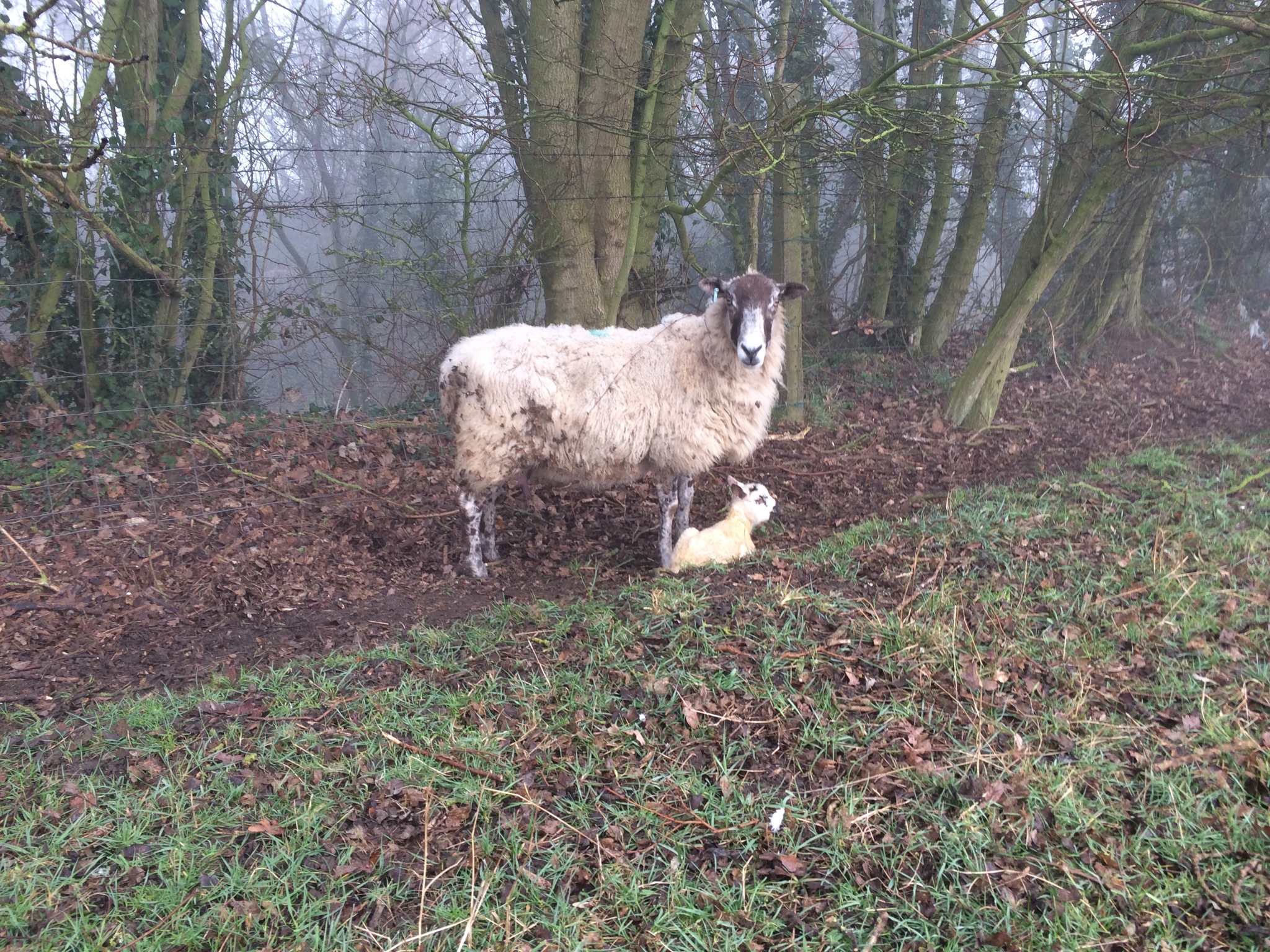 One cold foggy morning then a count of the flock at feeding time revealed one was missing. Happily she was lying with a nice big ram lamb single, all taken care of overnight by herself. That’s more like it thought I, lambing was fun again. 10 days later and another of the 3 remaining old girls did something similar all by herself giving birth to a single ewe lamb. This was more like lambing live on TV now!

In the midst of our increase in feeding regime I had decided to move some of the original flock who had clearly not seen any action from the tup back across to the Sutton Circuit field. They seemed to be putting on way too much weight and really didnt need feeding so much if they were not pregnant. The added bonus would be an opportunity to refresh some dog training and re-start regular sessions on a field of non-pregnant sheep. Stardust and I enjoyed our efforts to divide the right 3 sheep from the flock, load them onto the trailer and then confidently drove them from the kart track along into their field. She was really good since this was a new job for her and once in the field even Ziggy had a training session or two that gave me hope that he hadn’t forgotten everything.

As April approached and the pregnant ewes amongst the original flock were becoming due it was really hard to tell if/when anything would happen. My prediction was that 2 of the 3 sheep left at Grange Croft would give birth and the others wouldn’t, although one was a maybe. So when one of the predicted ones went into labour all seemed good, but frighteningly she didn’t seem to make any progress over 24+ hours. Taking no chances on the ring womb front the vet was called, she urged a little patience but after waiting a further 36+ hours and examining the poor ewe far too often it was clear no progress had been made. A return visit by the vet on 2nd April and it was C-Section time, if I was ever squeamish that was quickly cured!

With Jim and I as the veterinary assistants the operation was carried out in the field shelter on clean straw and two healthy but small ewe lambs were born. Initially all seemed well so we left them in peace and recovered over breakfast and coffee. As the day unfolded it became clear the ewe was not happy and kept pushing the lambs away and wouldn’t accept them as her own. More googling, this time by Abigail, found an approach to help and she aquired a form of medieval torture that would restrain the ewe to allow the lambs to feed. By the end of the day all seemed hopeful and the lambs had fed and were stronger. 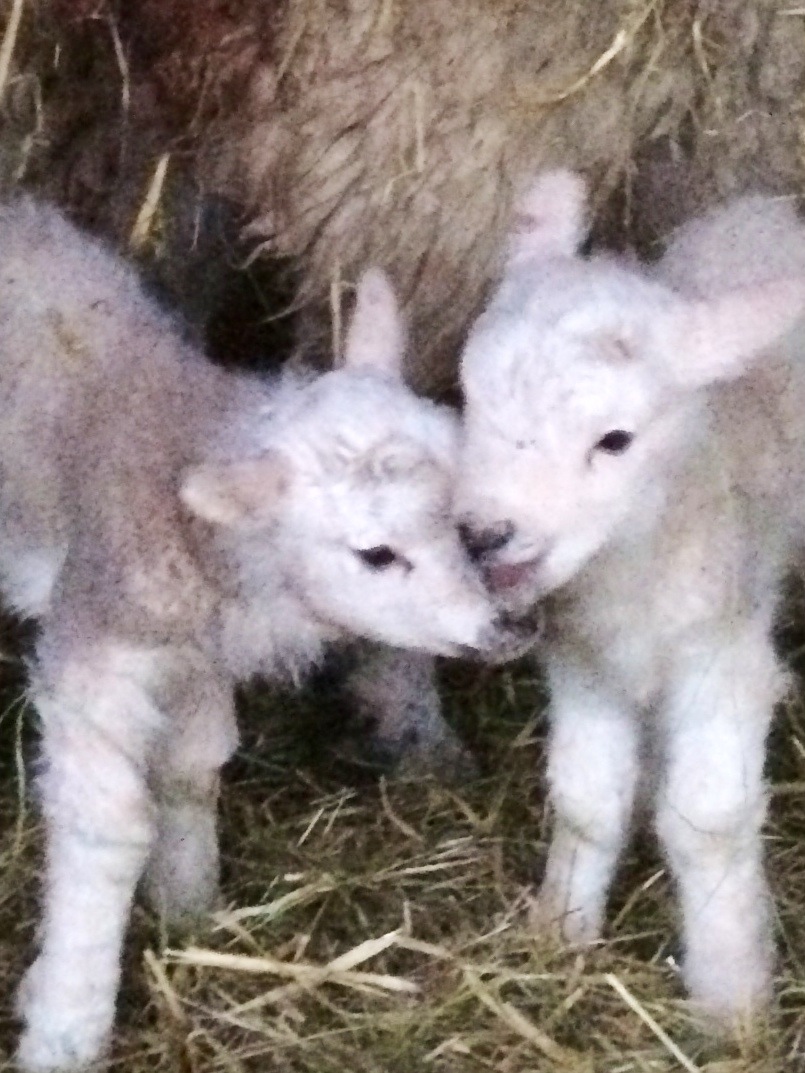 Good news the next morning was that they were still alive and feeding. The bad news was that the poor ewe had given birth overnight to a still born third lamb, she had been carrying triplets, and the vet had missed the third one during the C-Section. So even good news manages to leave us deflated.

To end this tale of lambing 2014 on a more humorous and positive note, of the 3 definitely barren and absolutely not pregnant sheep that I moved back to Sutton for the purposes of dog training, 2 have given birth completely naturally and unaided to healthy twin lambs. I have given up with the forecasting! As I write this blog we have 10 lambs and 9 ewes including 3 which did not give birth to anything and since we are at the end of April I am absolutely confident that will be the final count for 2014……….:)